We are a small but vibrant parish whose central form of worship is The Divine Liturgy. We welcome you to experience with the senses, this beautiful and rich tradition of our faith. Please join our faithful in Christian encounter and help us to enliven our community and our world as we fulfill our missionary spirit through instruction, community prayer and service!

May God Grant you Many Years,

Saint Therese was a hope and a dream for a group of Byzantine Catholics in St. Petersburg. For some time they worshiped in other places but finally their prayers were answered. On December 20, 1964, they sang the first Divine Liturgy as a parish with their own home.  At first they worshipped in what became the parish house; Father John Puskar was the first priest.  Over a period of time, the parish grew and another building was constructed in 1973 which served as the church.  Father Robert Ference was the priest at that time and the parish drew in new members.

In 1982 the large Branthoover Center was built-a hall for meetings, classes, celebrations, and other events. Later, two Sisters from the order of St. Basil the Great brought their dedication and skills to St. Therese.

In 1992, the present church of St. Therese-was dedicated. This very beautiful jewel is a gift to God thanking Him for His mercies and a tribute to the devoted parishioners who worked so hard to bring this to pass.

Father Edward Cimbala was the priest who followed Father Ference. Presently, we are blessed to have Father Robert Evancho (and his beloved Samoyeds, Kendra, Mia, Zoe and Chyna) with us. Father Ken Bonadias, a retired biritual priest, serves alongside Father Bob and in his absence. Our beloved Sisters of St. Basil have all returned to the Motherhouse in Uniontown, PA. We thank them for their service to St. Therese.

When asked how the western saint, St. Therese, came to be the patroness, it was explained that, at the time a church was planned in this area, there were no Byzantine Churches south of New Jersey and this was considered, "mission territory"! St. Therese, being the patroness of missions, was chosen to watch over the new parish.

We pray that the Lord will bless our efforts to serve and glorify HIm.

What People Say about St. Therese:

St. Therese has been a very special place for me.  I first visited it for a Moleben Service for a pro-life group who were to have a prayer and procession that day to an abortion clinic.  Father Ed was the priest at that time and he welcomed our group, celebrated the Liturgy for us, encouraged our efforts when few did. I was deeply moved by the sense of holiness and majesty of the Liturgy.

I came to St. Therese for a "learn about the Eastern Rite"  weekend and was fascinated by the classes on icons, liturgy and customs and by the warmth of everyone in the parish.

This parish has felt like a family to me-it is small and warm and the Divine Liturgy surrounds one with a sense of stability and the nearness of the love of God.  The liturgy is celebrated with great seriousness and the voice of the cantor, John Magulick, lifts one away from earthly concerns to contemplation of the eternal. Thank you St. Therese! 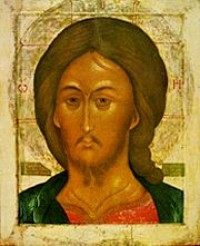 O Lord I believe and profess that You are truly Christ the Son of the Living God who came into the world to save sinners, of whom I am the first. Accept me todayas a partaker of Your mystical supper, O Son of God, for I will not reveal Your mystery to Your enemies nor will I  give you a kiss as did Judas, but like the thief I confess to You:

Remember me, O Lord, when You shall come into Your kingdom.

Remember me, O Master, when You shall come into Your kingdom.

Remember me, O Holy One, when You shall come into Your kingdom.

May the partaking of Your Holy mysteries, O Lord, be not for my judgement or condemnation, but for the healing of soul and body.

O Lord, I also believe and profess, that this, which I am about to receive,  is truly Your most precious body and Your life giving blood, which, I pray, make me worthy to receive for the remission of all my sins and for life everlasting. Amen.

O God, have mercy on me a sinner.

O God, cleanse me of my sins and have mercy on me.

O Lord, forgive me for I have sinned without number. 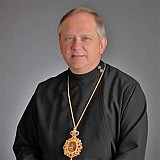 Sisters of St. Basil the Great